Being vigilant for wild animals in captivity

In India, too, there is a crying need for continued vigilance with regard to captive wild animals. Unfortunately, attention on captive wild animals is lacking as many conservationists either accept the existence of zoos at face value on the traditional grounds of conservation and education or feel that any attention on them is a distraction from the real issues of dealing with wildlife in the wild.

Veermata Jeejabai Zoo in Mumbai received two tigers from Siddharth Zoo in Aurangabad on 12th February 2020 ending a long wait to display India’s national animal in India’s commercial capital. The pair, a male named Shakti and female named Karishma, are the first tigers in the city zoo since the last tiger named Supriya died of kidney failure in 2006. Mumbai Zoo, of late, has been in the news for their developmental activity and their willingness to add new animals to their collection. In July 2016, Mumbai Zoo made headlines for importing eight Humboldt Penguins from Coex Aquarium in South Korea. The plan was started in 2011 and announced by the Brihanmumbai Municipal Corporation after the 2012 civic elections. The proposal was submitted by BMC to the Central Zoo Authority and was run past the wildlife department, the chief wildlife warden of Maharashtra, the animal husbandry department, the directorate-general of foreign trade and customs. It took six months to get all approvals and the penguins arrived in India with high expectations of increased footfall and swelling coffers of the Mumbai Zoo, an institution that had been coming under scrutiny from various quarters for their inadequate husbandry. 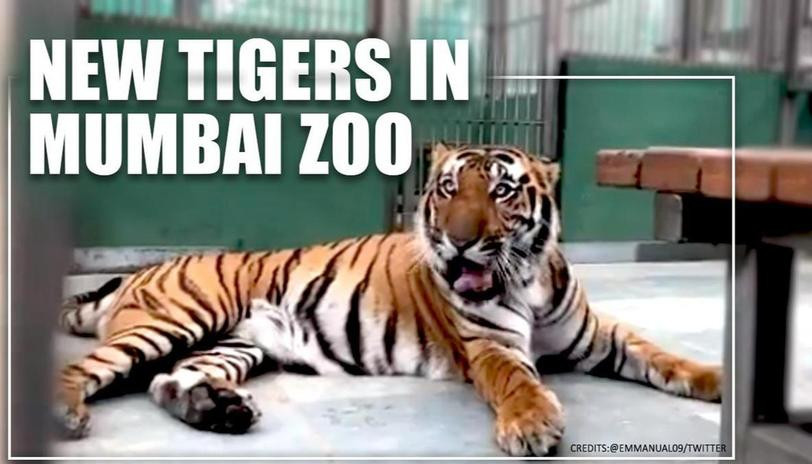 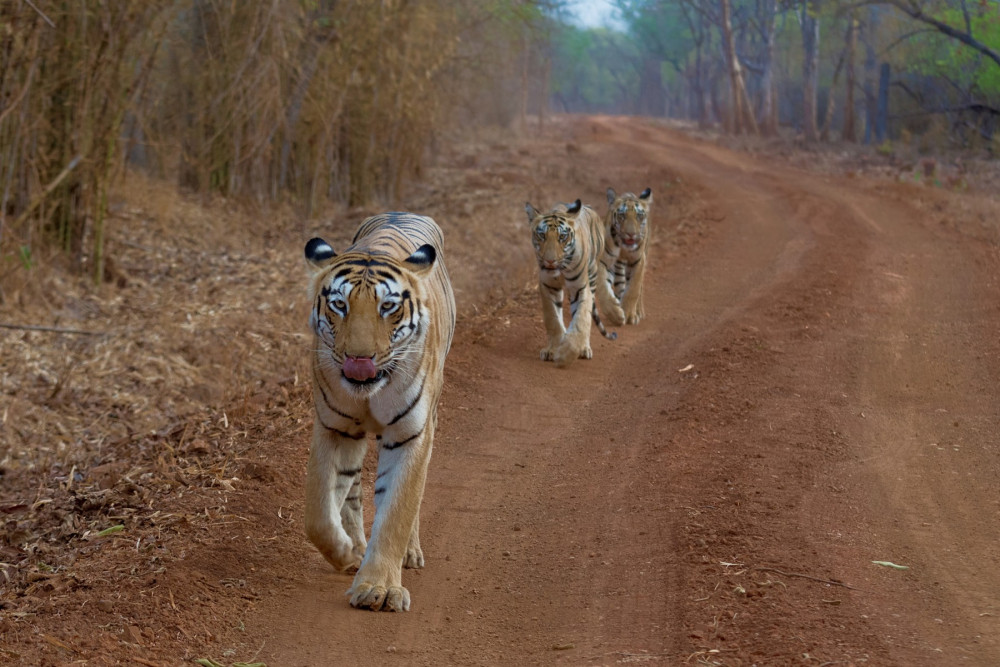 A report by Zoocheck Canada and PETA

One report stated that 161 animals died in Mumbai Zoo in 2010 -2011 alone. In January 2006, a stampede of Blackbuck antelope at Mumbai Zoo resulted in 13 animals dying. A 2004 report by Zoocheck Canada and PETA recommended the zoo should be closed on ground of inadequate conditions and lack of relevance in meaningful conservation and education. Repeated complaints from various groups and visitors led to several Central Zoo Authority inspections of the facility over the years. Despite these concerns on the shortcomings of Mumbai Zoo, BMC went ahead and procured the Humboldt Penguins.

Story about Chicks and Penguins

In October, 2016, one of the penguins, named Dory, fell sick and died. Criticism of housing conditions and veterinary care of the captive penguins mounted, however, in August, 2018, a Humboldt Penguin chick hatched in Mumbai Zoo. Unfortunately, this chick did not survive and died one week after hatching. According to a Mumbai Zoo official , the Humboldt Penguin enclosure costs Rs. 25 million a year to maintain. From August 2017, within a year, the entrance fee went up more than 10 times, from Rs. 2 for a child and Rs. 5 per adult to Rs. 25 and Rs. 50 respectively. The hike has been justified on the ground that the zoo footfall has increased. According to the official, it went up from 1.2 million visitors in 2016-17, before the penguins were displayed, to 1.9 million after the enclosure was added. The total revenue was reported to be Rs. 50 million in 2017-2018. The entire episode raises yet again the debate surrounding the purpose of holding wild animals in captivity and what the role of a zoo is in civil society. Whilst the debate is popular with reference to the incarceration of animals like penguins and tigers, the overall objective of a zoo should be questioned at all times, even if the ethic of keeping animals is considered acceptable for the purposes of conservation and education.

A report in 2019 states that there are 344 animals in the zoo, of which 97 are mammals, 218 birds and 29 reptiles.  Expansion plans include importation of non native animals like giraffes, zebras, chimpanzees, white lions and jaguars among other species. The upbeat expectations are apparently in the wake of increased visitor attendance in recent times. However, this is not the end. Mumbai has stolen the limelight on the zoo issue with the proposed zoo at Aarey Milk Colony at Goregaon. This zoo that is meant to occupy over 200 acres is likely to be constructed by the cutting of forests in a natural tract of land. Many groups and prominent environmentalists have voiced their opposition to the idea, citing that destroying natural greenery to incarcerate wild animals does not make sense. Virginia McKenna, actor of Born Free fame and an activist for captive animals has made it clear that the new zoo will give no quality of life worth living for the animals incarcerated. Given that this issue is doing its rounds in the press, it does appear that both the issues of preservation of the natural environment and the fate of captive animals are garnering significant attention in public discourse in India.

Concerns for the wellbeing of wild animals in captivity

Historically, we have seen that concerns for the wellbeing of wild animals in captivity have stemmed from investigators exposing the inadequate conditions of zoos and other facilities. Some of these endeavours have led to the publication of very notable books that have enriched our understanding of the captive animal debate. They include ‘Living Trophies : A Shocking Look at the Conditions in America’s Zoos’ by Peter Batten and the classic “The Last Great Wild Beast  Show : A Discussion on the Failure of British Animal Collections’ by Bill Jordan and Stefan Ormrod. Both books brought about substantive debate on the role of zoological collections and Jordan and Ormrod’s book was largely responsible for bringing forth the Zoo Licensing Act of 1981 in Great Britain, an act to regulate captive animal facilities in the country. 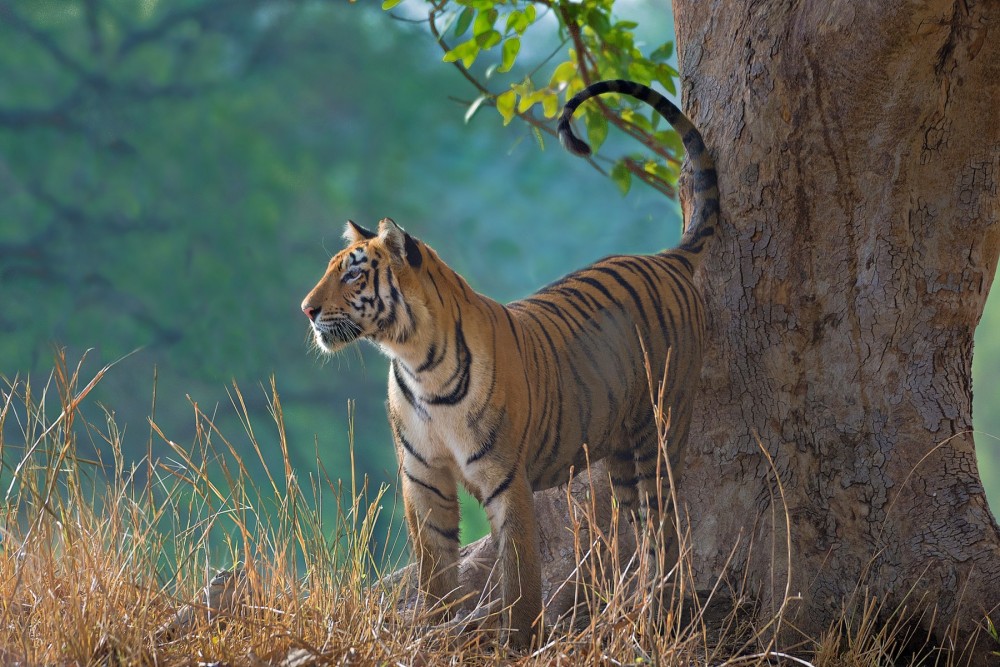 The need for continued vigilance with regard to captive wild animals

In India, too, there is crying need for continued vigilance with regard to captive wild animals. Unfortunately, attention on captive wild animals is lacking as many conservationists either accept the existence of zoos at face value on the traditional grounds of conservation and education or feel that any attention on them is a distraction from the real issues of dealing with wildlife in the wild. The concern for wild animals in captivity, including the fate of the recently imported tigers in Mumbai Zoo need not be divorced from worries surrounding the survival of tigers in their natural habitat, the two efforts need not be mutually exclusive. One can continue to work for wild animals whilst showing an interest in captive animal issues. Indeed continued monitoring of zoos and captive facilities will ensure that they are compelled to change their practices in the best interests of their inmates and in turn, the best interests of people who visit them.