Our new study shows the temperature of a cow’s nose could tell us how they feel.

Understanding how animals express positive emotions is an important area of focus for animal welfare science, yet it is widely neglected.

We have recently published the first scientific study that explores how the temperature of a cow’s nose can reveal their emotions. Our science team hope to highlight how the findings could provide a way of assessing positive emotions.

Read the study in Physiology and Behaviour journal >>

In the study of 13 cows, our science team sought to identify whether the nasal temperature of cows could be reliably used as a measure of positive emotional state in cows.

Previous studies have shown that stress, fear and frustration have all been found to cause a drop in peripheral temperatures (e.g. skin, nose, ears etc.) in mammals. Little is known however, about whether the experience of positive emotions affects these temperatures.

The study involved putting the cows into a calm and relaxed state by stroking them in preferred regions, in a similar manner to allogrooming (the grooming of another individual). The scientists did this over 350 times, remotely recording the cow’s nasal temperatures before, during and after they were being stroked.

Analysis revealed that a drop in nasal temperature occurred when the cows were stroked, and enjoying the positive, relaxed emotional experience.

Sentience Manager, Helen Proctor who co-authored the study, said: “Understanding how animals express positive emotions is an important area of focus for animal welfare science, yet it is widely neglected.

The necessity is not to prove that animals have a range of emotions, but to measure it. In doing this it is key to show not just that pain and suffering is removed but to draw attention to the importance of good welfare and how to understand the positive emotions that an animal will display.”

The stroking stimulus worked really well in inducing a state of positive relaxation in the cows, and it has previously been shown to be both positive and to reduce stress levels and heart rates in cows. We concluded that the drop in nasal temperature was indicative of the change in the cow’s emotions from neutral to positive, and that these results offer insight into the use of peripheral temperatures as a measure of animal emotions.

Why we carried out the study

Animal sentience is of growing international concern. The scientific community’s understanding of sentience is crucial in affecting how animals are treated. Last month the team published a study revealing how the positioning of cows’ ears can teach us a lot about their varying emotional states.

We also hope the study will be useful for those who are working to improve cow welfare in the dairy sector by increasing our understanding of cow behaviour. Our #FullFactMilk campaign in the United Kingdom addresses the worrying trend towards intensive indoor dairy farming and the lack of information to help consumers find out if the milk they are buying is produced from these farms. We continue to champion the country's hard working pasture based dairy farmers and highlight it's benefits. 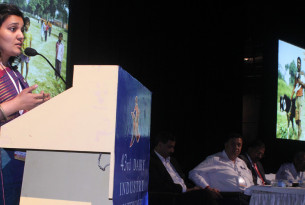 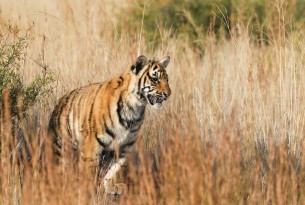 The singer Beyoncé has been pictured posing with a captive tiger cub while on holiday in Thailand. 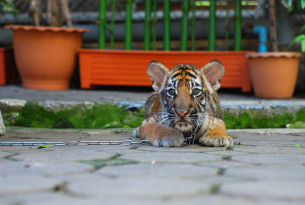 We respond to this week’s raid of the ‘Tiger Temple’ in Kanchanaburi province in Thailand - during which 100 tigers have reportedly been seized.