A female Asiactic bear has been rescued from a bear bile facility in Phung Thuong Commune in Hanoi to a better life at the Hanoi Wildlife Rescue Center. This follows the discovery that she had no microchip; a legal requirement in Vietnam since 2005, to prevent new bears illegally entering the bear bile industry.

While it’s still legal to keep captive bears in Vietnam, it is illegal to extract bile from a live bear - however hundreds of captive bears continue to be illegally exploited for their bile.

World Animal Protection has been working with the government of Vietnam, and local partner Education for Nature Vietnam (ENV,) for over a decade to end the suffering and exploitation of captive bears in Vietnam.

This latest rescue is one of five bears that have been rescued by Vietnam’s Forest Protection Department (FPD) this year.

All captive bears have been required to be registered and microchipped since 2005, to prevent new bears from entering the industry by being illegally bred or poached from the wild.

No humane way to extract bile from a live bear

There is no humane way to extract bile from a live bear; methods include inserting a painful catheter directly in their gallbladder to collect bile.

The rescued female bear, who was never given a name, has suffered unimaginable pain for the past 10 years. She was kept in a filthy and cramped cage, with only cold metal and concrete beneath her feet. In this harsh environment, bears are often starved, suffer sore joints and fur loss, and often contract diseases that kill them slowly.

Now, this bear is on her way to a new life in Hanoi Wildlife Rescue Center, where she will be free of pain, psychological distress and a metal cage for the rest of her life. 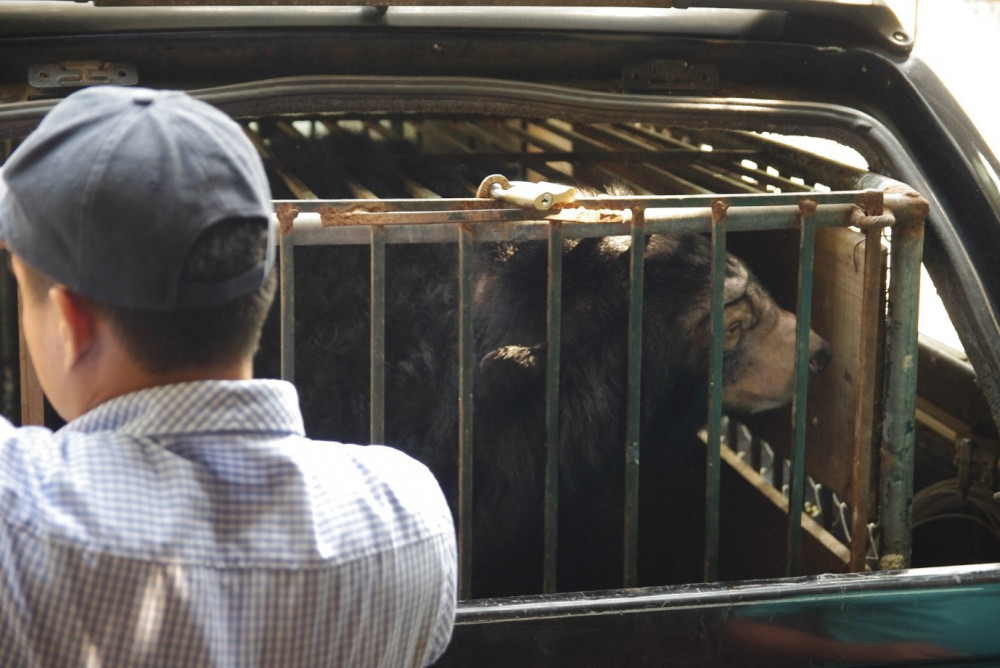 Her last time in a cage: The bear is loaded onto a truck by officials to be moved from a facility in Phung Thuong to Hanoi Wildlife Rescue Center.

Our mission is to bring an end to this cruel and entirely unnecessary industry for good.

World Animal Protection will continue to monitor the industry and move it ever closer to an end. We are also training the FPD’s rangers on animal welfare, how to monitor bear populations and enforce laws effectively.

Alongside our partner ENV, we are exposing the cruelty of bear bile farming, and raising awareness about the readily available, affordable and effective herbal and synthetic alternatives to bear bile.

We are continuing to work with the Vietnamese government to deliver more microchipping programmes, and strengthen the monitoring of bears, to end the needless suffering of bears in Vietnam and across Asia 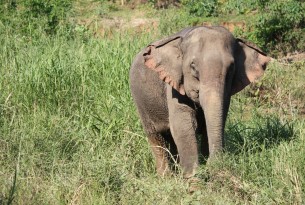 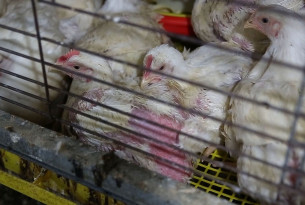 60 billion chickens are bred for their meat each year, and many are farmed in row upon row of overcrowded steel cages, causing them significant pain and stress...